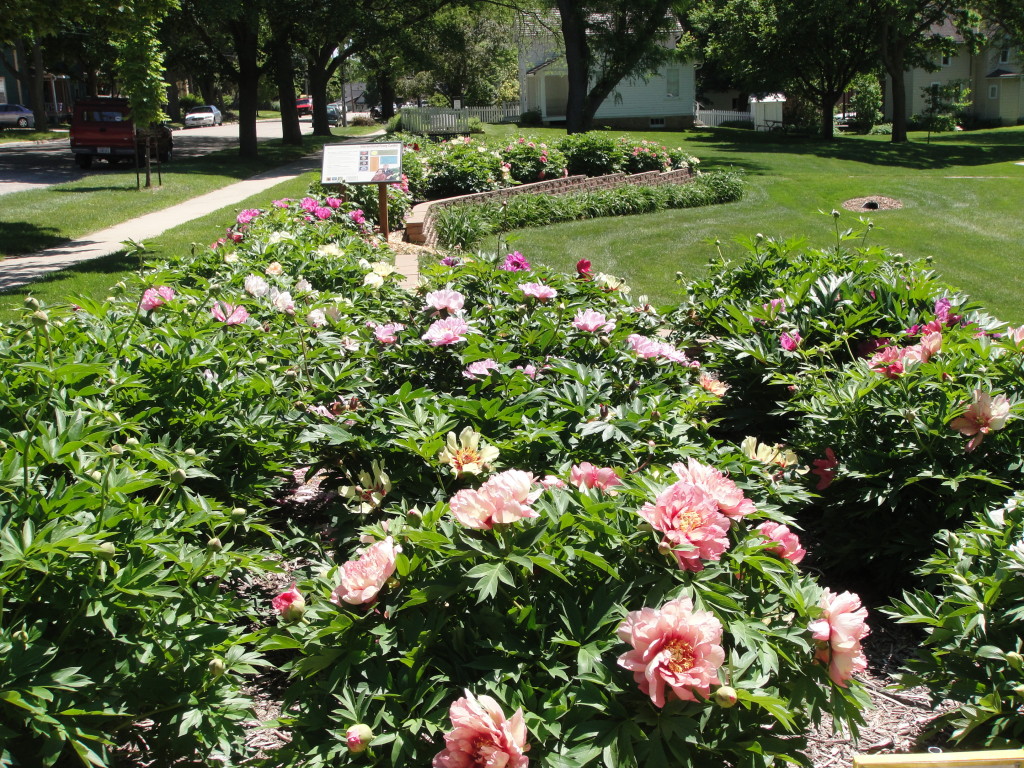 in 2010 under the direction of Roger Anderson and Jefferson County Mater Gardener Volunteers. It is the largest public collection of intersectional peonies in North America, and features 58 peonies developed by Roger Anderson.  There are 18 named intersectional varieties, and 2 tree peonies in the garden.  The front of the garden retaining wall also features unnamed varieties of daylilies developed by Roger.

Roger F. Anderson is a Fort Atkinson native, and a self-taught peony breeder, who began hybridizing peonies in the early 1970s. Roger and Sandra marketed his  50 named varieties from their nursery, Callies Beaux Jardins, from 1978 to 2004. Credited with the most named and color varieties of any peony hybridizer in the world, he is considered the world’s leading intersectional peony expert and “most successful peony hybridizer to date.”

The Intersectional Peony Garden is generally in bloom from late May through mid-June, but the timing is partially weather dependent. Check this site and like us on Facebook for information on the actual bloom time each year.